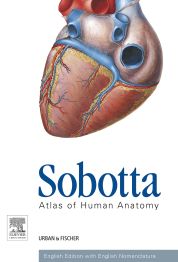 Sobotta - Atlas of Human Anatomy The perfect coach for exam preparation
This English-language Sobotta Atlas with English nomenclature is specifically adapted to the needs of preclinical medical students.
The new study concept simplifies learning-understanding-training: Descriptive legends help the student identify the most important features in the figures. Clinical examples present anatomical details in a wider context. All illustrations have been optimized, and the lettering reduced to a minimum. An additional booklet containing 100 tables on muscles and nerves supports systematic study.
The Sobotta package includes the following:

Translated by Thomas Klonisch and Sabine Hombach-Klonisch, Winnipeg, Canada
Prof. Dr. Friedrich Paulsen
Professor Friedrich Paulsen (born 1965 in Kiel) passed the 'Abitur' in Brunswick and trained successfully as a nurse. After studying human medicine in Kiel, he became scientific associate at the Institute of Anatomy, Department of Oral and Maxillofacial Surgery and the Department of Otolaryngology, Head and Neck Surgery of the Christian-Albrechts-Universität Kiel. In 2002, together with his colleagues, he was awarded the Teaching Award for outstanding teaching in the field of anatomy at the Medical Faculty of the University of Kiel. On several occasions he gained work experience abroad in the academic section of the Department of Ophthalmology, University of Bristol, UK, where he did research for several months.
From 2004 to 2010 as a University Professor, he was head of the Macroscopic Anatomy and Prosector Section at the Department of Anatomy and Cell Biology of the Martin-Luther-Universität Halle-Wittenberg. Starting in April 2010, Professor Paulsen became the Chairman at the Institute of Anatomy II of the Friedrich-Alexander-Universität Erlangen. Since 2006, Professor Paulsen is a board member of the Anatomical Society and 2009 he was elected the general secretary of the International Federation of Associations of Anatomy (IFAA).
His main research area concerns the innate immune system. Topics of special interest are antimicrobial peptides, trefoil factor peptides, surfactant proteins, mucins, corneal wound healing, as well as stem cells of the lacrimal gland and diseases such as eye infections, dry eye, or osteoarthritis.


Professor Jens Waschke (born in 1974) habilitated in 2007 after graduation from Medical School and completing a doctoral thesis at the University of Wuerzburg. From 2003 to 2004 he joined Professor Fitz-Roy Curry at the University of California in Davis for a nine months research visit. From 2008 to 2011, he was the Chairman at the Institute of Anatomy and Cell Biology III at the University of Wuerzburg. Starting in March 2011, Professor Waschke became the Chairman at the Institute of Anatomy of the Ludwig-Maximilians-Universität München. In 2005, together with his colleagues, Professor Waschke was awarded the Albert Koelliker Teaching Award of the Faculty of Medicine in Wuerzburg. In 2006, he was awarded the Wolfgang Bargmann Prize of the Anatomical Society.

His main research area concerns cellular mechanisms that control the adhesion between cells and the cellular junctions establishing the outer and inner barriers of the human body. The attention is focused on the regulations of the endothelial barrier in inflammation and the mechanisms, which lead to the formation of fatal dermal blisters in pemphigus, an autoimmune disease. The goal is to gain a better understanding of cell adhesion as a basis for the development of new therapeutic strategies.

Prof. Dr. Thomas Klonisch
Professor Thomas Klonisch (born 1960) studied human medicine at the Ruhr-Universität Bochum and the Justus-Liebig-Universität (JLU) Giessen. He successfully completed his doctoral thesis at the Institute of Biochemistry at the Faculty of Medicine of the JLU Giessen and became a scientific associate at the Institute of Medical Microbiology, University of Mainz (1989-1991). As an Alexander von Humboldt Fellow he joined the University of Guelph, Ontario, Canada, from 1991-1992 and, in 1993-1994, continued his research at the Ontario Veterinary College, Guelph, Ontario. From 1994-1996, he joined the immunoprotein engineering group at the Department of Immunology, University College London, UK, as a senior research fellow. From 1996-2004 he was a scientific associate at the Department of Anatomy and Cell Biology, Martin-Luther-Universität Halle-Wittenberg, where he received his accreditation as anatomist (1999), completed his habilitation (2000), and held continuous national research funding by the German Research Council (DFG) and German Cancer Research Foundation (Deutsche Krebshilfe). In 2004, he was appointed Full Professor and Head at the Department of Human Anatomy and Cell Science at the Faculty of Medicine, University of Manitoba, Winnipeg, Canada, where he is currently serving his second term as department chairman.
His research areas concern the mechanisms employed by cancer cells and their cancer stem/progenitor cells to enhance tissue invasiveness and survival strategies in response to anticancer treatments. One particular focus is on the role of endocrine factors, such as the relaxin-like ligand-receptor system, in promoting carcinogenesis.
Prof. Dr. Sabine Hombach-Klonisch
Teaching clinically relevant anatomy and clinical case-based anatomy learning are the main teaching focus of Sabine Hombach-Klonisch at the Medical Faculty of the University of Manitoba. Since her appointment in 2004, Professor Hombach has been nominated annually for teaching awards by the Manitoba Medical Student Association.
Sabine Hombach (born 1963) graduated from Medical School at the Justus-Liebig-Universität Giessen in 1991 and successfully completed her doctoral thesis in 1994. Following a career break to attend to her two children she re-engaged as a sessional lecturer at the Department of Anatomy and Cell Biology of the Martin-Luther-Universität Halle-Wittenberg in 1997 and received a post-doctoral fellowship by the province of Saxony-Anhalt from 1998-2000. Thereafter, she joined the Department of Anatomy and Cell Biology as a scientific associate. Professor Hombach received her accreditation as anatomist in 2003 by the German Society of Anatomists and by the Medical Association of Saxony-Anhalt and completed her habilitation at the Medical Faculty of the Martin-Luther-Universität Halle-Wittenberg in 2004. In 2004, Professor Hombach was appointed Assistant Professor at the Department of Human Anatomy and Cell Science, Faculty of Medicine of the University of Manitoba. She has been the recipient of the Merck European Thyroid von Basedow Research Prize by the German Endocrine Society in 2002 and received the Murray L. Barr Young Investigator Award by the Canadian Association for Anatomy, Neurobiology and Cell Biology in 2009.
Her main research interests are in the field of cancer research and environmental toxicants. Her focus in cancer research is to identify the molecular mechanisms that regulate cancer cell migration and metastasis. She employs unique cell and animal models and human primary cells to study epigenetic and transgenerational effects facilitated by environmental chemicals.
Weitere Details
Ebook Information

VitalSource eBooks for practitioners and students

Bring it with you - The Bookshelf app allows you to access books on your laptop, tablet or mobile, so your ebooks go where ever you are - online or offline.

Take notes - Highlight, bookmark and take notes and highlights automatically stay in sync no matter where you make them.

Listen to eBooks - When you need to go screenless, the Text-to-speech tool will read your book aloud.

Powerful search - The searching capabilities allow you to search keywords through all your eBooks, the entire Bookshelf Library and well as on Wikipedia.

How to read your VitalSource eBooks 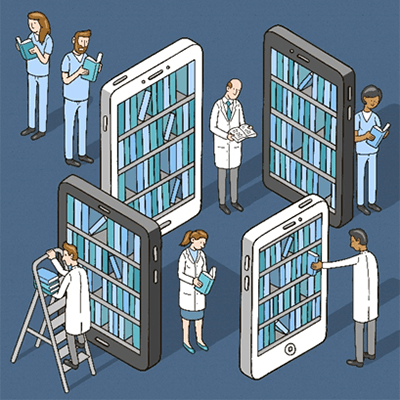 5 Viscera of the Thorax

6 Viscera of the Abdomen